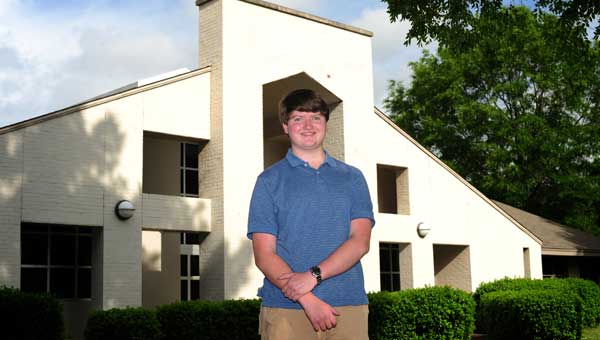 Watch out, Wall Street. Caleb Caldwell is heading your way.

This senior at Indian Springs School already has all the marks of somebody slated to make a huge impact in the world of high finance.

Caleb is president and co-founder of the school’s investing and finance club, CFO and assistant programmer of the robotics club, and vice president and co-founder of Think World, an inventing/innovation club. He has participated in several high profile summer programs across the country studying the world of business, financial markets and macroeconomics. He is also pursuing independent studies in investment strategy and the mathematics of finance – all before he even graduates from high school.

“I’ve just tried to pursue it (economic studies) on my own to see if it was something I would be interested in as a major in college or a career, and it definitely is,” Caleb said.

His interest in a subject that many shy away from is in large part due to his father who is a financial consultant.

Caleb said the national economic crisis of 2008 “definitely sparked a lot of conversations and further cemented my interest in business.” So much so in fact, he enrolled in an financial markets pre-college course at Brown University.

“We spent a good bit of time in that course trying to understand it and what caused it to happen,” he said.

These days, for fun, Caleb attends an entrepreneurship and small business management class night class at Indian Springs where he is writing a business plan for a new startup.

“Our plan is a bakery /grocery store in an urban setting near a subway stop,” he said. “We think there’s a market for people to stop on their way home and get fresh healthy food to cook for dinner that night. Later, we’ll come up with financial projections to determine how successful the plan will be.”

Future plans include a summer internship at a Birmingham investment firm in and then it is off to Dartmouth to pursue a major in economics. Currently Caleb maintains a 4.1 GPA and is as National Merit semifinalist.