Medicine is in Hall’s future 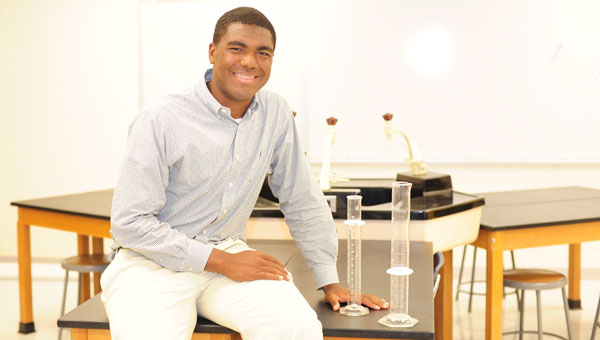 A visit to the Georgia Institute of Technology was a date with destiny for Oak Mountain High School senior Ryan Hall. From that day forward, he knew that medicine would play a huge role in his future.

The visit came as part of a National Youth Leadership Forum on Medicine at Emory University.

“I just learned so much stuff that I never even knew about,” Ryan said. “One session was on prosthetics and orthotics. Just seeing how they made the prosthetics in the labs and the actual ways they could be implemented was fascinating.”

“Before, I always thought if you went into medicine that meant becoming a doctor,” he added. “This taught me there are so many other avenues available in medicine and in the field of science in general.”

“I did some independent studies looking at environmental contamination,” he said. “I looked at how things like the handling of evidence and the different air particles can actually make a difference in whether or not a defendant is convicted.”

Ryan said exposure to a variety of scientific fields has helped him narrow down and fine tune his field of study.

“I’ve always been interested orthopedics and sports medicine. Now, forensics has gotten got me thinking about research based medicine, collecting data,” he said. “Orthopedics and forensics are my two top picks right now. I might even consider research in orthopedics. I would love to do something to make a difference in somebody’s life.

Following graduation from Oak Mountain, Ryan plans to earn his undergraduate degree at Furman University. He was selected as one of four students nationally to receive the Herman L. Lay Scholarship, which is valued at over $200,000 over 4 years.