Fillingim to play for Millsaps 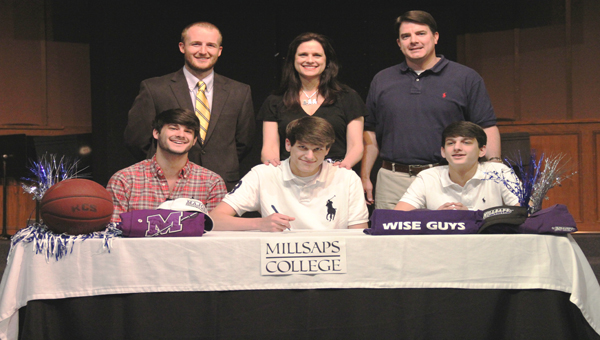 Kingwood senior Daniel Fillingim signed a merit scholarship with Millsaps on April 23, with the intent to pay basektball.

Kingwood senior Daniel Fillingim has signed merit scholarship with the intent to play basketball for the Millsaps Majors in the fall.

During his last two years of varsity basketball, Fillingim scored over 600 points, for an average of 13 points per game. He averaged 10 rebounds per game, with 115 steals, 98 assists, 41 blocked shots, and two dunks.

He was twice named Offensive Player of the Year, as well as being selected twice as an honorable mention to the Shelby County All-County Team.  He was recently selected for the AISA All-Star Team where he was awarded the All-Star MVP for the West.

Academically, Fillingim maintained a 3.5 GPA and was nominated as a National All-American for Foreign Language (French).  He was also the recipient of the Charles Vonn Hermman Leadership Scholarship given by the Shelby Youth Leadership Development Association.

Daniel has been awarded a merit scholarship to attend Millsaps, where he will major in Biology and plans to attend dental school in the future.