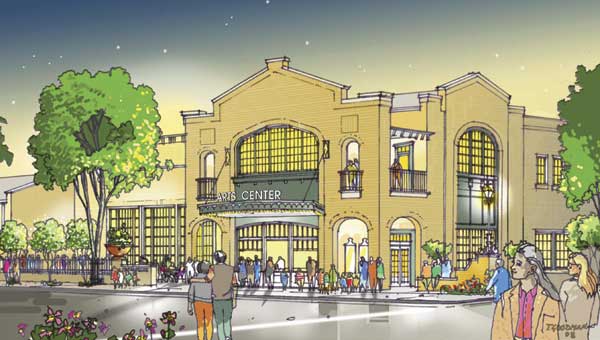 Sullivan, who addressed the commission during its June 10 meeting, said a new arts venue would jumpstart tourism in the area and would lead to a large economic impact for local businesses as well.

“Companies in our community spend ungodly amounts every year on marketing,” Sullivan said, so she put together a presentation to show how an arts community can play a role in local economics.

According to Sullivan’s presentation, the arts industry generated $135.2 billion in economic activity nationwide in 2010. That impact was due in large part to tourism, as visitors from out of town or out of state tend to spend more than locals, she said.

“We feel like we are in the perfect location,” said Sullivan, who listed such assets as Columbiana’s safe community, easy access from both Interstate 65 and U.S. 280 and lack of traffic.

Sullivan said she projects an economic impact of $2.4 million from the community arts venue, and said she expects to see 63,000 attendees per year for arts classes, performances and exhibitions at the venue.

County Manager Alex Dudchock said the project still has many obstacles before it can become a reality, and urged commissioners to support it in any way possible.

“This project, to become a reality, will have to have the greatest number of partners our county has ever seen in any initiative,” Dudchock said.

The Alabaster Fire Department could soon see new waterproof seals on stations No. 2 and No. 3 if the project... read more