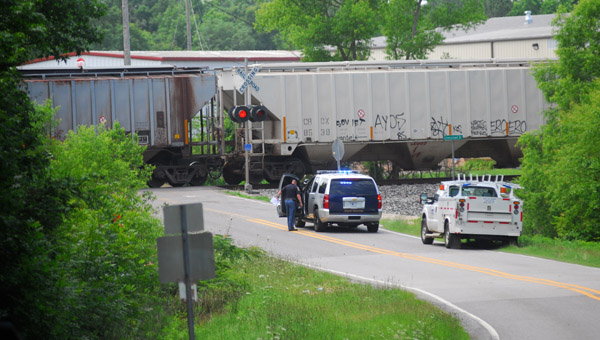 An Alabama State Highway Patrol officer works the scene of a train collision with a tractor-trailer on Shelby County 51 on June 19. (Reporter Photo/Jon Goering)

Shelby County 51 has reopened following a crash involving a vehicle and a train in Westover on June 19, according to a Shelby County Sheriff’s Department press release.

No injuries were reported, but the Sheriff’s Department encouraged drivers to exercise caution in the area, according to the release.

Shelby County deputies and Alabama State Troopers responded to the accident, which was reported at about 10:20 a.m. The cause of the crash is under investigation. 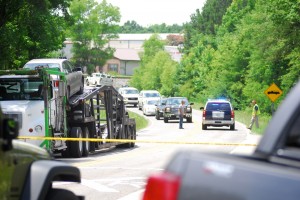 The driver of the tractor-trailer that was hit by the train on Shelby County 51 gets ready to move out of the way as the road reopens on June 19. (Reporter Photo/Jon Goering)

“All-County” talent found all across the county

By DREW GRANTHUM / Sports Writer Picking the All-County Team has to be one of the hardest things I’ve ever... read more