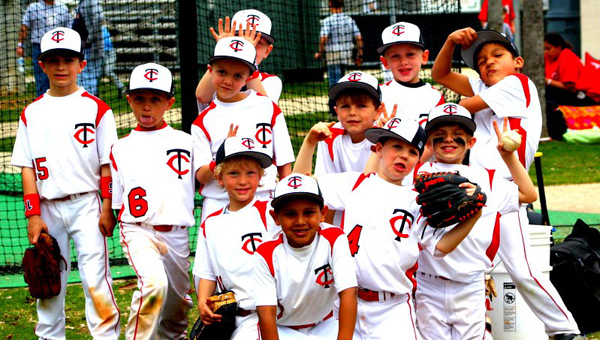 The team fell in the semi-final round to rival Jasper Stingers, 16-15, after leading the whole games, Coach Mark Jones said.

While the loss was disappointing, Jones said he was more concerned about his players enjoying the game.

“We created this team to have fun,” he said. “(To) enjoy each other’s company first and foremost.”

That said, Jones spoke very highly of his team’s abilities.

“We have a talented bunch of kids,” he said. “We want to help them to grow into great ballplayers by playing a different level of baseball. It’s crazy how talented these 7-year-old kids are.”

The team has been together since summer 2012, and Jones said he and the Crew’s other coach, Scott Brakefield, have done their best to make the game fun for the kids.

“We played a lot of baseball over the past year and enjoyed every minute of it,” Jones said. “Great friend(ship)s were formed and great memories were made.”
The Crew will finish their first year of playing USSSA ball June 22-24 at the Homewood Tournament, but Jones said he plans on keeping the team going for as long as possible.

“We plan on keeping the good times rolling for many years to come,” he said.

Hamrick ‘making a difference’ on and off field