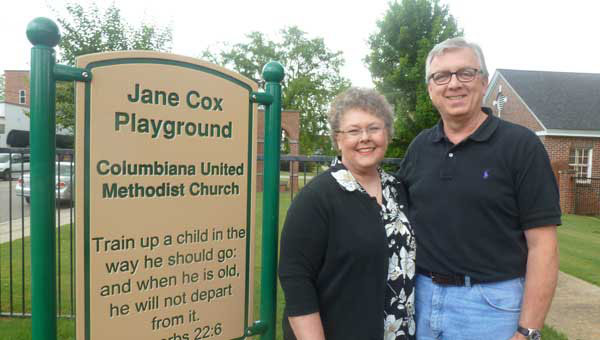 “I felt God’s calling to the ministry early in life, but did not believe it,” said Timmons. “I graduated from Samford University on scholarship and worked in the banking business for years. I was active in church and taught Sunday School, but I did not believe the call was God. Why would God want me?”

Although a life-long Methodist, Timmons joined Hunter Street Baptist Church after a divorce, where he attended the adult singles class and met his future wife, Debbie.

“I sat beside him in class and saw his name on his Bible,” Debbie said. “Later my young son was in the rest room for a long time. I recognized him and said, ‘Billy Joe, could you please see about my son, Graham’? He said he was called Buster and went to help my son.”

When Timmons and Graham came out together, Debbie was holding his daughter Austin’s hand and Graham immediately ran and said hello. Austin and Graham were best friends in day care.

The pair eventually began dating, and after their marriage, Timmons once again felt the call to ministry.

“I was miserable,” Timmons said. “I felt the call more and more. I just knew this is what I am supposed to do. Once I made up my mind, everyone said they saw the call, just not me. Debbie was not surprised at all. God has laid the path every step of the way. We are truly a clergy couple; we balance each other out and have a great marriage. So much of our ministry is what we have learned in our lives.”

Timmons has big plans for CUMC.

“I want CUMC to be the greatest church,” he said. “I pray that this church is restored to what God called his church to be. I pray for all hearts to be mended and that this church has a true servant’s heart, to be the hands and feet of Christ in mission.”