A Wilsonville woman has been charged with child sexual abuse.

Janet Georgette Hall, 24, was arrested and charged with two counts of sodomy first degree, one count of sexual abuse of a child less than 12 years old and unlawful possession of a controlled substance, according to Shelby County Jail records. 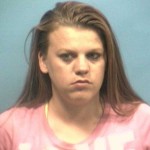 Capt. Ken Burchfield with the Shelby County Sheriff’s Department said the alleged crime took place in Columbiana. He also said the original report was filed March 21. A warrant was issued for Hall’s arrest June 14 and she was taken into custody June 19.

Burchfield said he could not reveal any other information because the case involved a juvenile.