Mumford and Sons coming to Pelham 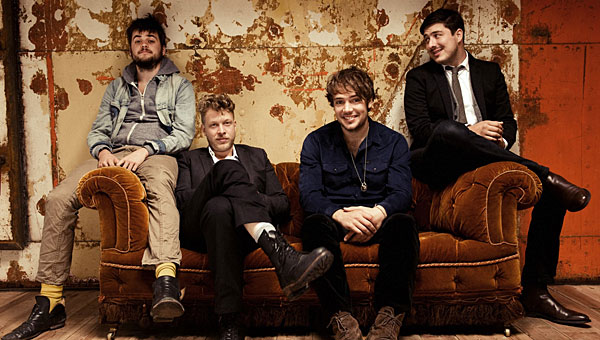 Mumford and Sons will perform at Pelham’s Oak Mountain Amphitheatre on Sept. 9. (Contributed)

Folk rock band Mumford and Sons will be taking the stage at Pelham’s Oak Mountain Amphitheatre in September, the band announced this week.

Mumford and Sons will perform at the Amphitheatre on Sept. 9, near the end of the band’s summer tour.

Tickets are available by invitation only, and fans can register for a chance to purchase tickets at Invitation.mumfordandsons.com/onsale-registration/?cmpid=130624/msons/aa/scl/news/cam/oth/us/link.

After registering, selected fans will receive an invitation to purchase tickets for the Pelham show, according to the band’s website. Registration closes on July 3, and invitations will be sent out starting July 8.

“It’s a simple process and the most effective way we’ve found to ensure the real fans get in and the ticket touts stay out,” read the band’s website.

Mumford and Sons is the most recent addition to the Amphitheatre’s 2013 concert season, which also includes a July 9 performance by Lil Wayne, a July 12 concert by Lynyrd Skynyrd, July 19-20 performances by Widespread Panic, an Aug. 2 concert by Matchbox Twenty and Goo Goo Dolls and an Aug. 22 concert by Keith Urban.

Alabaster’s Episcopal Church of the Holy Spirit and other local Episcopal churches are reaching out to displaced Boy Scout troops.... read more