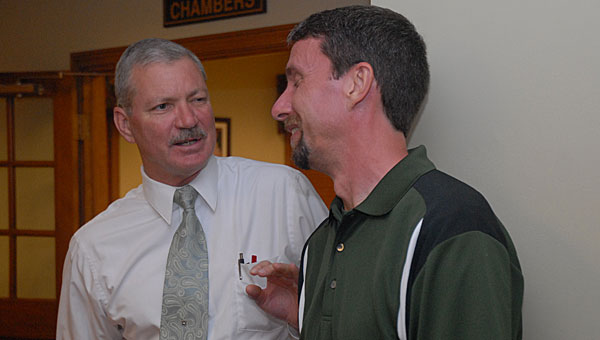 Pelham’s mayor and City Council members shared split opinions on the possibility of a city school system during a July 8 public hearing on the matter at the Pelham Civic Complex.

During the more-than-two-hour public hearing, Mayor Gary Waters said he is not in favor of Pelham forming its own school system now, and the council members said they are in support of the idea.

Waters cited more than $45 million in debt the city currently owes on everything from its sewer system to facilities such as the Pelham Civic Complex and Ballantrae Golf Club.

Waters said he does not “think the city should be in the school business,” and said Pelham taking on more debt would be “irresponsible.”

“For the qualified electors, this decision needs to be made based on what is best for the city of Pelham,” Waters said.

Council members said they support the idea of a Pelham school system, but some said they also are considering other options.

“This can’t be a political move on any side,” said Councilman Maurice Mercer, noting the city is working to talk with the Shelby County Board of Education about the matter. “There can be other options, and we need to explore those options.”

“With all respect to the mayor, that’s a straw man argument,” Scott said, calling the City Council and a Pelham board of education “two different houses.” “Our debt will be paid off 100 percent in 10 years.”

Councilwoman Karyl Rice said she supports a Pelham school system, but said the decision to split from the Shelby County School System is not a “done deal.”

“I’ve seen the schools in Pelham grow, prosper and recede,” Rice said. “I’m not happy with where we are. I’m looking for answers from all areas.”