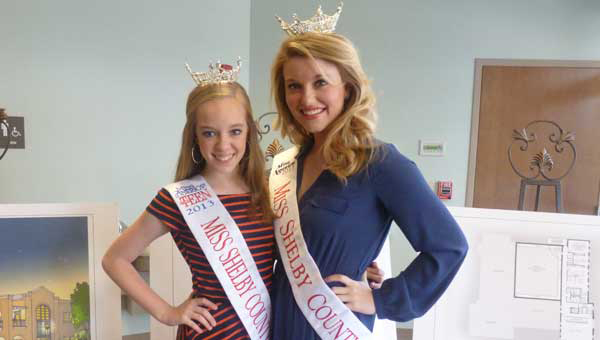 The pageants, which are sponsored by the Alabama Vignette Club of Shelby County, will be held consecutively at the Shelby County High School auditorium in Columbiana. This year’s theme is “Beaches.”

The pageants are part of the non-profit Miss Alabama/ Miss America Organization, the largest provider of scholarship assistance to young women in the world. Last year, more than $45 million in cash and scholarships were given to 12,000 young women in local, state and national pageants.

In 1994, the Miss America Organization instituted the platform system where each candidate chooses an issue that she cares about and supports it through her community service. The work was honored with the National Community Service Award.

Members of the Vignette Club, which is led by President Barbara Robinson, spend a year preparing for the pageants. Vignette Pam Oliver is the chairman of the pageant and director of Misses SC/Teen.