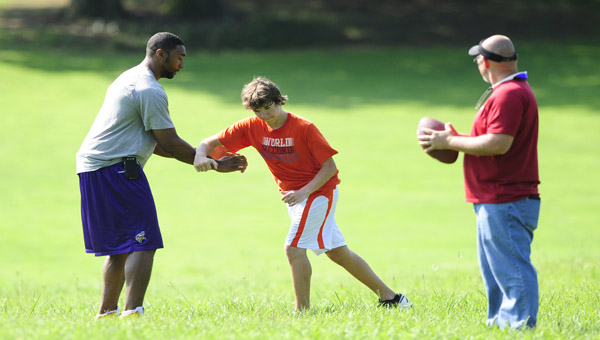 A football camp featuring Joe Webb of the Minnesota Vikings, which was originally scheduled for July 10 at Shelby County High School, has been postponed.

The camp will take place July 20 at Spain Park High School. It will merge with the Joe Webb Football Camp presented by Godspeed Ministries.

The camp was moved due to over saturated field conditions and a miscommunication between organizers and city officials, said Columbiana city council member Ricky Ruston.

Campers who did show up today were rerouted to Orr Park in Montevallo to run in small drills with Webb, camp organizer Will Evans and others.

Evans said campers were encouraged to attend the camp held at Spain Park, which will feature Webb, Earl Bennett of the Chicago Bears, Michael Jenkins of the New England Patriots and former Spain Park player Tyler Grisham, among others.

For more information on the camp, visit Godspeed.org.