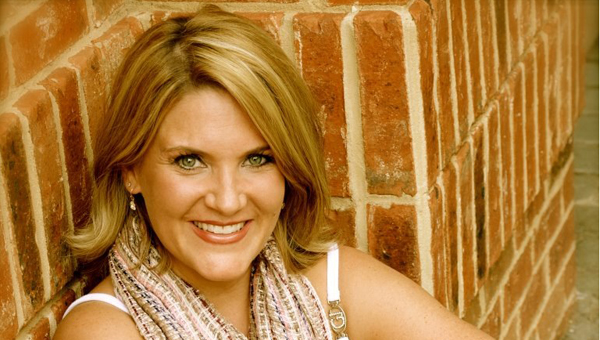 Emily Kay Herring, who performed “Songs of Patsy Cline” to a sold-out audience about four months ago in Columbiana, is returning July 20 for a second show called “Songs of Broadway.” (For the Reporter/Contributed)

COLUMBIANA–Emily Kay Herring, who performed “Songs of Patsy Cline” to a sold-out audience about four months ago, is returning to Columbiana to perform another show sponsored by the Shelby County Arts Council.

The performance, called “Songs of Broadway,” will take place Saturday, July 20 starting at 7 p.m. at the Shelby County Arts Council gallery and highlight a variety of music genres and artists, including songs by Dolly Parton, Cole Porter and more.

“It’s got a theme to it,” Herring said. “It’s about a little girl with big eyes that goes to New York. Basically, it’s a show about me growing up in Alabama dreaming of New York and about how New York changes for me and how I come back home to Alabama.”

If she had to give the show another name, Herring said she would call it, “There’s no place like home,” home being the stage – with family and friends – anywhere. Herring currently serves as an assistant professor with the University of Alabama’s Department of Theatre and Dance, instructing students in musical theater voice.

Terri Sullivan, executive director of the Shelby County Arts Council, said tickets, which cost $25, have sold quickly. There are only about 30 tickets left.

“I do not think we will have any left the night of the show,” Sullivan said. “Everyone who came (last time) absolutely loved the show. (Emily) is very personable, funny and absolutely wonderfully talented. It’s going to be a really enjoyable night.”

Following the show, there will be a dessert reception where Herring will be available to mingle, take pictures and talk, Sullivan said. To purchase tickets, visit Shelbycountyartscouncil.com or visit the Shelby County Arts Council gallery during their regular office hours.