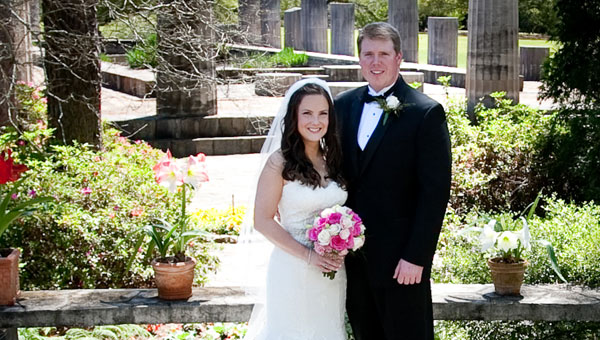 Given in marriage by her father, the bride wore a beautiful strapless lace gown by Martina Liana. The gown featured a sweetheart neckline with vintage embroidered Alencon lace over silk satin organza. The bride’s waist was accented with a beaded and embroidered belt on organza ribbon which tied in the back while the chapel train cascaded behind her with scalloped lace edging.

After a honeymoon trip to Costa Rica, the couple will reside in Montevallo.