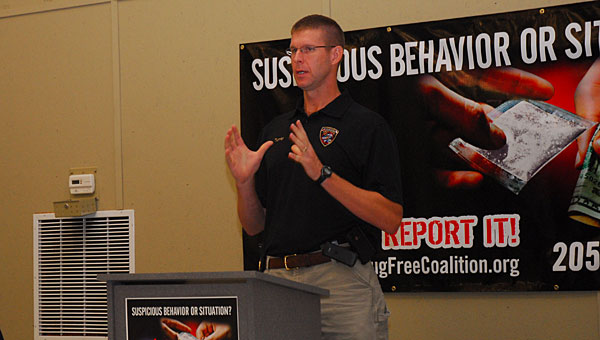 The Shelby County Drug Enforcement Task Force has confirmed about 20 drug related deaths through the first six months of 2013, and most of the deaths have ties to prescription drug abuse.

“We usually see between 30-40 (drug death) cases a year. So unfortunately, we are right on average with what we’ve seen the past few years,” Turner said.

So far this year, the Task Force has investigated 191 cases of prescription drug abuse ranging from illegal possession of controlled substances to doctor-shopping cases.

“That’s a high number compared to our number of cases overall,” Turner said. “That number represents a little less than half of the cases we have made overall.”

The majority of the Task Force’s drug abuse cases have dealt with pain killers, and most of the cases involve incidents of doctor shopping, Turner said.

“We investigate doctor shopping quire often,” Turner said, estimating the Task Force has investigated more than 50 doctor-shopping cases so far this year. “Most of the illegal prescription drugs we see come from illegal diversion of prescriptions.”

Through the programs, law enforcement agencies and physicians can report and monitor cases of doctor shopping and prosecute those suspected of doing so.

“We are aggressively targeting prescription drug abuse. We are doing everything we can to combat this,” Turner said. “We’ve got to make more people aware of the problem and get them to report it.”

FROM STAFF REPORTS The University of Montevallo athletic department featured a school record 101 student-athletes named to the 2012-2013 Peach... read more