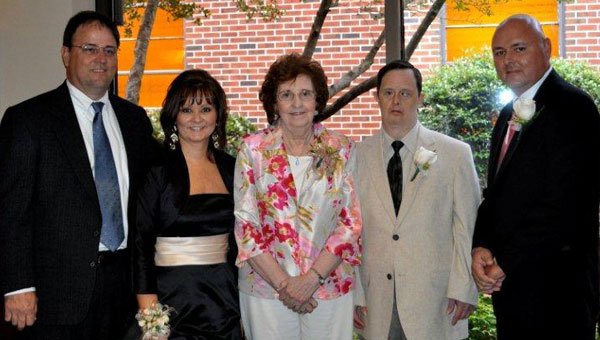 When I saw on Facebook that Carolyn Niven was having a birthday, I thought about an interview I did with Carolyn 20 years ago.

She told me a chronic lung condition forced her husband to quit work when their four children were ages six through 16.

“With Jay so sick, and Mark, our oldest, having down syndrome, the other kids had to help a lot around the house, and help take care of their father,” she said. “But they didn’t take advantage of his illness. He was still their dad and the authority figure in their lives.

“They understood their dad would never get better, but progressively worse. They seemed to take for granted that we all had to work together to do what had to be done. Gary, our third child, learned as a little boy to cut grass, fix the lawn mower, and do lots of things like a man. He helped me get his dad in and out of the wheel chair and adjust his oxygen. After he started driving, he took his dad to the doctor.”

Lori, almost two years older than Gary, got her driver’s license first and ran family errands. All the kids — including six-year-old Carl — helped with their father.

“Mark, a night person, brought me things when I was up with Jay. Once, while I stayed at the hospital with Mark when he had surgery, the three younger children took care of their dad.

“When Gary was a teenager, if Jay didn’t want him going someplace, his friends came to the house.”

Although Jay was unable to do anything physical for many years, he was still emotional support for Carolyn and the children. He was there for them to talk to and to help make family decisions.

Her children learned early that things are not always perfect in life, Carolyn said. They learned there can be many hardships. But they also learned that working together, family members can do what needs to be done for each other.

Carolyn celebrated her 76th birthday July 8 with her four children and families, including three of her four grandchildren.