Suspect charged with robbery and held on a $1 million bond

COLUMBIANA – Shannon Loyd Crumpton has been charged with first-degree robbery of a convenience store in Shelby and is being held in the Shelby County jail on a $1 million bond. 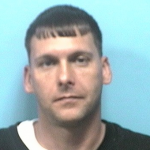 Crumpton was taken into custody after being spotted by a convenience store clerk on Shelby County 145 the morning of July 22, Shelby County Sheriff’s Office Capt. Ken Burchfield said.

The clerk called the Shelby County Sheriff’s Office with a car description and tag number July 22. Investigators pursued the tip and found out that the car had been stolen.

Later that morning, a sheriff’s deputy spotted and pulled over the car in Chelsea, and Crumpton was taken into custody without incident, Burchfield said.

Crumpton is also being held for an outstanding felony charge of escape from a work release program in Montgomery following a previous escape charge from Chilton County in 2004, Burchfield said.

“From a law enforcement perspective, he should not have been allowed (to participate in a work release program),” Burchfield said.

With the Shelby County Sheriff’s Office alone, Crumpton has 143 incidents on record, including multiple felonies and criminal offenses, he said.

Burchfield also said most sheriff’s offices manage work release programs, though in Shelby County they are managed by the Department of Corrections.

Regarding the convenience store robberies, Burchfield said the sheriff’s office has not yet released information about whether the suspect was armed.

“He presented a note at both places that said he had a gun,” Burchfield said.

“We don’t have a lot of violent crime, but we have it,” Burchfield said. “It’s a safe place to live, but no city in America is immune.”

The Pelham City Council will hold a special-called meeting on July 25. (File) By NEAL WAGNER / City Editor The... read more