Jensen was arrested in Columbiana and is being held on bonds totaling $51,000. 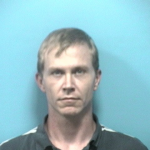 “This was not an abduction but rather the victim knew the offender,” Burchfield said in an emailed statement.

Due to the sensitivity of the case, Burchfield said he could not release any more information.

By DREW GRANTHUM / Sports Writer In football, rarely do offensive linemen get the credit they deserve. In fact, sometimes... read more