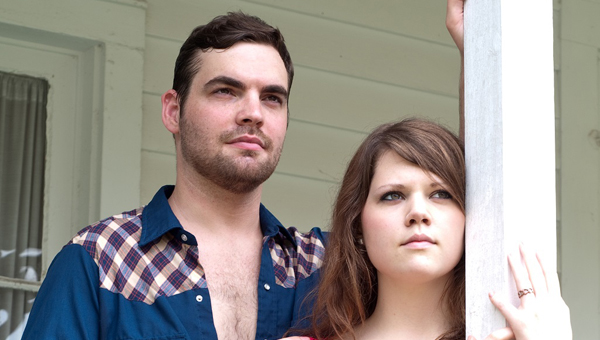 MONTEVALLO – William Inge’s “Picnic” won the Pulitzer Prize for Drama in 1953, and the Montevallo Main Street Players are bringing this award-winning play to Montevallo this month. Shows will be held at the Parnell Memorial Library Theater Aug. 16-17 at 7:30 p.m. and Aug. 18 at 2 p.m.

“Picnic” is set in small-town Kansas in the 1950s and tells the story of a community of women whose world gets turned upside down when a handsome young man named Hal comes to town, said director Brent Murrill.

“It’s really about…how their neat and ordered lives are disrupted when this exotic stranger shows up who is masculine, powerful, without a real care in the world and so unlike anyone else in town,” Murrill said.  “He sweeps through like a bull in a china shop and seems to affect everyone.”

At the heart of the play is a love story between Madge, the beautiful, older daughter of Flo Owens, who falls in love with Hal, Murrill said. The play is also a coming-of-age story about Madge’s sister, Millie, who Murrill describes as “tomboyish” and in search of her identify.

“It’s a sweet play,” Murrill said. “There’s nothing earth-shattering about this play, yet there’s something very, very profound and moving that’s universal. Sometimes in life we’re waiting for those big life-changing moments, and they don’t always have to come accompanied by the grand things.”

“It’s not a pure comedy, but there’s a lot of humor in it,” McMillan said.

Mary Kate McLaurine, a University of Montevallo senior who plays Madge, said she thinks audience members will connect to the emotions of the characters.

“There are definitely some very fun and light moments, but there are also some really honest emotions that come out, especially near the end,” McLaurine said. “People will really connect to the small-town life that the characters are living…(and) understand that emotional place where they’re coming from.”

Tickets, which are $15 general admission and $10 for students, can be bought the day of the show if they are still available, McMillan said.

“It’s going to be a popular play,” he said. “We’re only doing three performances, so we really recommend reserving in advance. There are no guarantees at the door.”