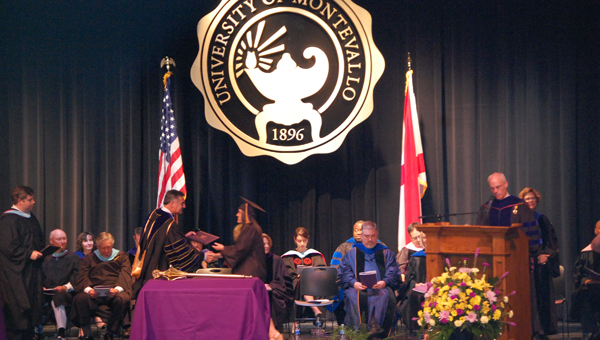 The commencement address was given by UM alumnus Michael Grainger, who graduated with a business degree from the university in 1973. Grainger, who majored in accounting, landed his first job out of college at Price Waterhouse and eventually became the president and chief operating officer of Ingram Micro Incorporated, an electronics and information technology company based out of California.

In his address to UM’s summer graduates, Grainger said he hoped they could be in his position one day – speaking to University of Montevallo students about how he took his degree from UM and combined it with “huge quantities of initiative and hard word” to find success.

Grainger said that, when he graduated, his goals were to marry his sweetheart, find a good job and continue to do the things he loved, but he soon realized he “could compete with the big boys,” or those with degrees from Alabama, Auburn, Georgia, Tennessee and other large state universities.

To do the same, he encouraged graduates to identify their ethical baseline, save the maximum and not borrow beyond their means, utilize and maximize their liberal arts skills, continue to refine their skills and avoid burning bridges.

“You should be very proud of your degree from the University of Montevallo,” Grainger said in closing.

Palandria Hunt, a graduate of the college of education, said she is speechless.

“I feel kind of in the air right now,” Hunt said. “But it feels good.” 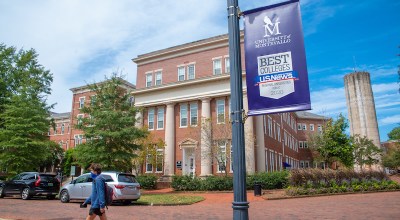