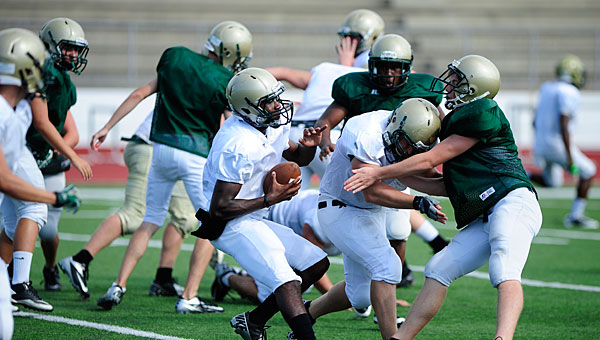 The Helena City Council voted to donate $5,000 to Pelham High School during its Aug. 5 meeting. (File)

During the meeting, the council voted to donate $5,000 to the school – a portion of which will help cover the PHS baseball team’s expenses to participate in the state championship series last May.

With Helena High School set to open its doors in fall 2014, the City Council likely will shift its donations to the new school in the future, said Helena Mayor Mark Hall. Currently, about half of the student enrollment at PHS is composed of Helena residents.

“We’ve still got a lot of kids there,” Hall said of PHS. “As we get closer to when Helena High opens, we’ll have to shift around our resources to the new school. We still want to be a supporter and do all we can for all our students.”

By STEPHANIE BRUMFIELD / Staff Writer            COLUMBIANA – A 37-year-old Shelby resident is being held in the Shelby County Jail... read more