COLUMBIANA – A 37-year-old Shelby resident is being held in the Shelby County Jail on bonds totaling $307,500 and several drug-related charges. 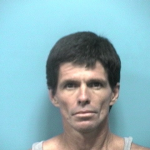 Morris was arrested by the Shelby County Drug Enforcement Task Force on July 29 after being seen driving a vehicle on Industrial Park Road in Columbiana, said Lt. Kevin Turner.

He was picked up on an outstanding warrant and was charged with manufacture and possession of a controlled substance and drug paraphernalia upon arrest.

When he was arrested, Morris was discovered with components for methamphetamines, Turner said.