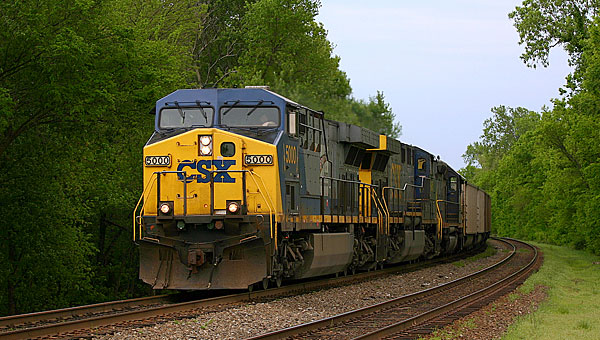 For Alabaster drivers who frequently face railroad crossings blocked by trains, rough crossings and railroad right-of-ways in need of attention, relief could be on the way.

Last week, Alabaster Mayor Marty Handlon and City Manager George Henry met with representatives from the CSX and Norfolk Southern railroad companies – both of which operate tracks in the city.

“George and I hopped in the Tahoe and rode them around to show them the areas of concern,” Handlon said on Aug. 7. “We showed them how many crossings can be blocked by just one train.”

“We are not able to make those improvements because they are on railroad right-of-way,” Handlon said, noting the city could reach an agreement with the railroad companies to allow Alabaster crews to address the issues near railroad tracks.

“I’d like the public to know how much the city appreciates how our entire local delegation has set up in-person meetings with CSX and Norfolk Southern,” Henry wrote in an email. “As a result of these meetings and relationships, we have a much better understanding and expectation between our respective entities.”

Hill said the city and railroad companies have made “a good all-around effort” to address the issues in Alabaster, and said the process is “moving in the right direction.”

“I feel so good that we had a sit-down meeting with a real person who could understand our concerns and who wants to help,” Handlon said.