Old Shelby Elementary to be dismantled in pieces 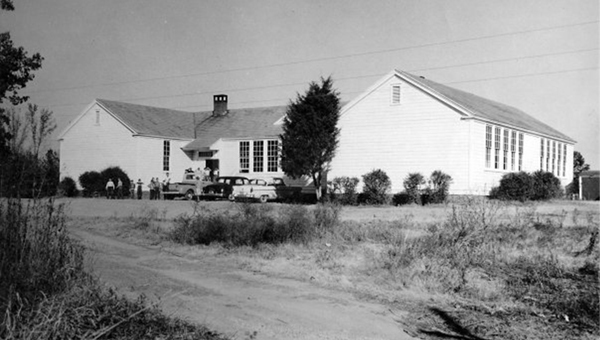 Built in 1938, the old Shelby Elementary School building was auctioned off this week for salvageable materials. The school, located at 118 School Road in Shelby, served its last group of students in 1995. (Contributed Photo)

The Shelby County Board of Education holds an auction every year to sell old supplies and pieces of equipment that are no longer being used. This year, an entire building was added to the list of items to be auctioned – the old Shelby Elementary School.

“Basically the old school itself is being sold for its materials,” said Cindy Warner, public relations and community education supervisor for the Shelby County Board of Education. “It’s being dismantled.”

Warner said the purchasers are responsible for taking away whatever salvageable materials they can find, but the school board will continue to maintain the property once the school has been dismantled.

Although the school board hasn’t dismantled a building via auction in the past, Warner said the purpose is to “get any monetary value out of it that (they) can instead of just letting it sit there and rot away.”

When the auction closed Aug. 12, bids for the three sections of the building being auctioned totaled $6,600.

Completed in 1938, the building originally served as a public works facility before becoming a school in 1939, according to Shelby County Historical Society records and the Shelby Elementary School website.

The school served grades K-6 until fall 1992, when the middle school began serving sixth graders and the elementary school transitioned to serving grades K-5. The school moved to its current location in 1995.

Tabatha Whitfield, whose parents and grandparents both attended the old elementary school, has lived across the street from the old building her entire life. She walked across her front yard to go to school from 1992-1994 before moving to the new building in 1995.

“I don’t know if it’s the building that has as much of the history as it’s the people,” Whitfield said. “Even though I will hate to see it go, it will make this area safer.”

Brenda Seale, Whitfield’s kindergarten teacher who taught at Shelby Elementary from 1982 to1993, said she drove from Hoover to Shelby for several years because she loved teaching there so much.

“It was just a small, rural school, and it was such a pleasure to work there,” Seale said. “I loved every minute of it, and I just have wonderful memories of teaching there.”