CALERA – The Shelby County Sheriff’s Office is asking for the public’s help in locating a 63-year-old man from Calera.

Alvin Bruce McClinton, also known as “Mr. A,” was last seen about 11 a.m. Aug. 14 heading northbound from the 100 block of Shelby County 6 in Calera, according to a press release.

He is a black male, and he is believed to be wearing a light colored baseball hat, white shirt, blue jeans, white shoes and possibly a black raincoat, according to the press release. 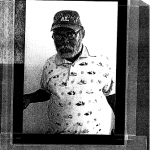 Capt. Ken Burchfield with the Shelby County Sheriff’s Office said McClinton is listed as endangered because of his age and medical reasons.

Anyone with information can call the Calera Police Department at 668-3505 the Sheriff’s Office at 669-4181 or the Secret Witness line at 669-9116. Information can also be submitted through the website Shelbyso.com by clicking “Report Criminal Activity” and then “General Information.