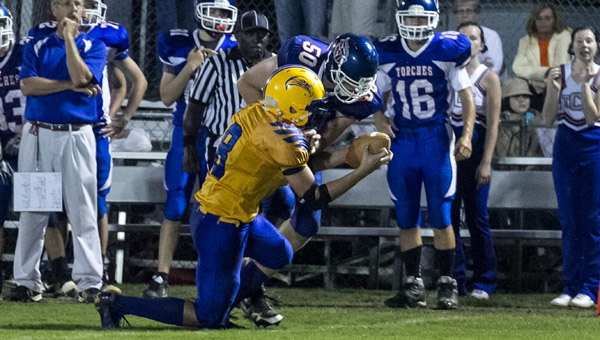 Hope downed the Tabernacle Torches 41-36 while playing their first game of the season on the road against a perennial powerhouse, Nafe said.

“We learned a lot about the team tonight. It was a barn burner,” Nafe said. “We had a lot of guys playing positions they hadn’t played before.”

The Eagles finished the night with 398 total offensive yards, 271 of which came on the ground.

“We had a lot of heroes tonight. Cam Barnett had a key interception for us in the third quarter that really shifted the momentum of the game,” Nafe said. “I’ve got some of the best boys in the country.”

By DREW GRANTHUM / Sports Writer The Kingwood Christian Lions will kick off their season Aug. 23 in hopes of... read more