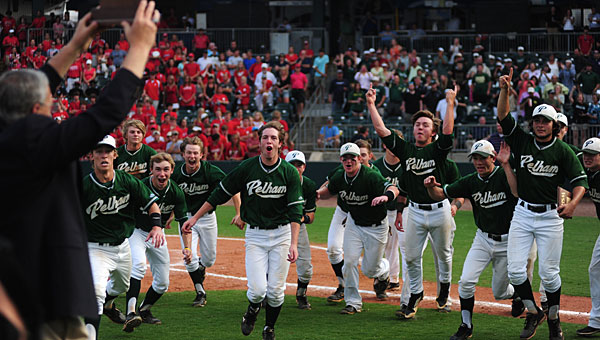 The Pelham City Council approved a $5,000 donation to the Pelham High School baseball team during an Aug. 19 meeting. (File)

For Pelham City Council member Ron Scott, the council’s $5,000 donation to the Pelham High School baseball team was well worth the investment.

“Man, when those guys went through the playoffs and through the championship, the goodwill and publicity the city got was amazing,” Scott said of the 2012 state champion Panther baseball team during an Aug. 19 council work session. “It brought so much recognition to our city.”

During its Aug. 19 meeting, the City Council voted unanimously to donate $5,000 to the PHS baseball team to help cover the team’s state championship recognition and banquet expenses.

Pelham’s donation came a few weeks after the Helena City Council also approved a $5,000 donation to the team, as PHS will serve Helena and Pelham students through the 2013-2014 school year.

“This is a cooperative effort between Pelham and Helena,” Scott said. “They have already matched an equal amount for this recognition.”