Pitt back in jail after allegedly impersonating a police officer

A youth minister who plead guilty to impersonating a peace officer in Shelby County last September is back in jail after allegedly committing the same crime in Jefferson County in June.

Birmingham Police officers arrested Larry Matthew Pitt, founder of The Basement, around 9:30 p.m. Aug. 20 after a warrant was issued for his arrest Aug. 14, according to a Jefferson County Sheriff’s Office press release.

Pitt was arrested after fleeing from Birmingham Police and Jefferson County Sheriff’s deputies at the Alabama’s NBC 13 news station, where he was being interviewed. He was then taken into custody near 20th Street South after struggling with officers in pursuit, the press release said. 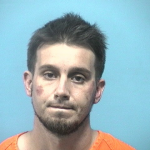 Pitt is currently being held in the Shelby County Jail without bond pending a hearing with Judge Dan Reeves regarding alleged probation violations. The Shelby County District Attorney’s office filed a motion to provoke Pitt’s probation Aug. 14, according to court documents.

Pitt’s arrest comes after an approximately two month-long investigation stemming from an incident occurring June 15 in Birmingham, where Pitt was eventually identified as the suspect.

A resident from the 5200 block of Falling Creek Lane reported seeing a suspicious vehicle and rifle at the edge of the woods near his home, according to a press release. While waiting for sheriff’s deputies to respond, two men approached the resident, and one took the rifle while claiming to be a police officer. The man was later identified as Pitt, the press release said.

In 2012, Pitt was sentenced to two years of probation and charged a $1,000 fine in Shelby County courts after pleading guilty to impersonating a peace officer.

Helena soldier passes away after battle with cancer