Teeing off for charity 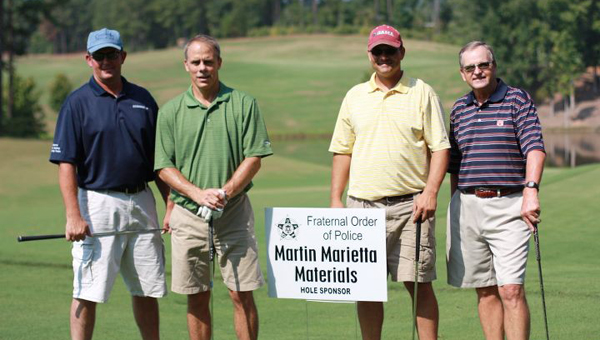 PELHAM – A little more than 70 golfers will play for charity Aug. 29 at Ballantrae Golf Club as part of the 9th annual Ruth Barnes Memorial Golf Tournament, which is sponsored by the Shelby County Fraternal Order of Police Lodge 41.

Benefiting organizations include disabilities nonprofit Easter Seals, which the golf tournament has sponsored since its very beginning, and local child advocacy center Owens House, which is in its second year partnering with the tournament.

“We felt the need to give locally and see what our donations are going to benefit,” Shivers said the partnership. “Easter Seals of Alabama is a great charity and organization, but we don’t necessarily get to see the benefits.”

Last year, Shivers said the tournament raised about $3,000 for Owens House, and proceeds from this year’s tournament would be split evenly between the two groups.

“Without the support of our community through fundraisers like this, we couldn’t provide the free services that we do to the children and families that we see here,” Greer said. “We work hand-in-hand with law enforcement every day. They chose us, and we were honored to be chosen by them.”

The tournament is expected to start about 9 a.m., and Jim ‘N Nick’s will cater a barbecue lunch.

Sponsorship packages are still being accepted and will be accepted through Aug. 27, including packages that include green time, according to Shivers. For more information about the tournament, visit Shelbyfop.com or call Ryan Shivers at 563-5068.