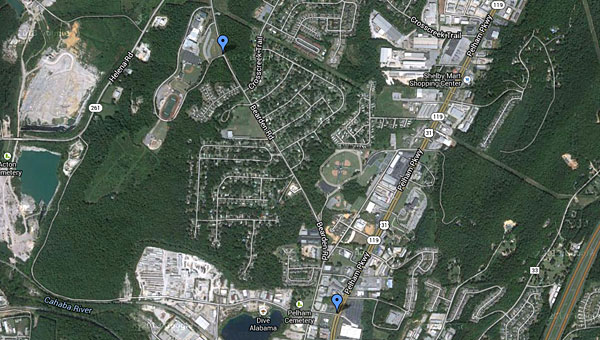 ALDOT will hold a public meeting in September to gather public input on a proposed project to add sidewalks from U.S. 31 to Pelham High School. (Contributed)

Pelham residents will have a chance to share their thoughts on a proposed sidewalk project along Bearden Road near Pelham High School during an upcoming Alabama Department of Transportation public meeting.

The meeting is scheduled for Tuesday, Sept. 24 at Riverpoint Church, which is at 375 Bearden Road.

An open house session is scheduled from 4-7 p.m., during which ALDOT representatives will display information about the proposed project, and will gather feedback from those interested in the project.

The public can also provide written comments to ALDOT during the meeting, or can mail them to the ALDOT Third Division office by Friday, Oct. 11.

During a February 2012 meeting, the Pelham City Council voted unanimously to pay a total of $211,000 over the next three years to match a more than $1 million Birmingham Metropolitan Planning Organization grant to fund the project.