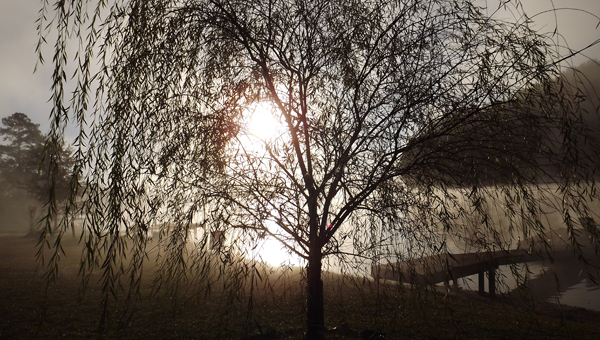 MONTEVALLO –  Xan Shivers, a 17-year-old senior at Montevallo High School and a member of the Boys and Girls Club of Central Alabama, received the opportunity of a lifetime this summer. She was one of 18 teens to win the ImageMakers National Photography Contest, earning her an all-expenses-paid trip to the Sony Electronics Headquarters in San Diego.

Shivers traveled to San Diego in July, but she is still basking in the experience.

“I just never imagined something like that so big happening to me,” she added.

The annual contest, open to kids ages 6-18 who are members of Boys and Girls Clubs across the county, is sponsored by Sony and invites submissions in four categories. Shivers won for her photograph “Eye of Summer.”

“It’s a little tree in the summertime in front of a pier with the sun coming right through the tree,” Shivers said. “I think it’s great because of the way the light comes through, you get the emphasis on the tree.”

The title is a metaphor, she said.

“Some people consider God’s eye the sun, so I think that’s a good metaphor,” she said.

While in San Diego, Xan’s mother, Freda, also the director of the Boys and Girls Club in Montevallo, said she was treated like royalty.

“Sony made them feel like they were absolutely the top priority,” Freda Shivers said.

At the awards dinner, the first event, she said Sony had put stars on the floor like the Hollywood Hall of Fame and stopped the kids at the door to sign a star.

Other highlights included a trip to the Sony ImageMakers studio, where Xan said she got to see how animated characters come alive in movies like “The Smurfs,” a behind-the-scenes look at movie sets and move studios, and a trip to the San Diego Zoo Safari Park.

“They were really generous, and (we got) all these opportunities that normally we wouldn’t have if we hadn’t won the contest,” she said. “Besides all the cool places we were able to go to, the thing I got mostly out of it was meeting the people from Sony and listening to them talk about how they got there and listening to what they do.”

Xan also received a top-of-the-line Sony point-and-shoot camera and other gifts during her stay.