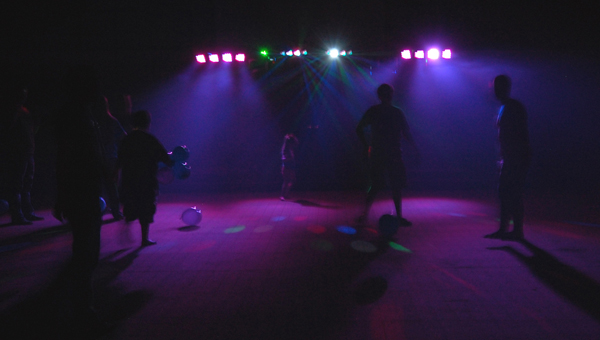 CHELSEA – Emily Honeycutt knew Tripp Nichols would be a boy even before his mom did. Emily’s mom, Pam, had made Tripp’s gender reveal cake when Jessica Nichols found out she was pregnant.

That was before they knew Tripp had epilepsy. Now 16 months old, Tripp has more medical bills than most babies, and he’s currently on four different seizure medications. Since the gender reveal, the two families have kept in touch.

When Emily’s parents asked her what she wanted for her 16th birthday, she said she wanted nothing for herself. Instead, she wanted raise money for Tripp.

Emily turned 16 on Sunday, Sept. 8, and she invited friends and community members to join her at a birthday party/fundraiser Sept. 7 at The Connection in Chelsea, where she asked people to bring donations in lieu of presents. She raised around $850 at the party, and after sharing Tripp’s story with her church members Sept. 8, her grand total has grown to $1,600 with more donations coming.

“I was floored,” Jessica Nichols said. “It started with one little girl, a sixteen-year-old girl, and she made that big of a difference for Tripp. It’s remarkable what she’s done. There are no words to communicate how thankful we are for her and her family.”

Part of the donations will be used to purchase a gait trainer, or a special wheeled walker that helps children and adults with disabilities learn to walk. Jessica said she was able to find a used one for about $500, though they can often cost several thousand dollars. The rest will be used for medication, medical bills and travel expenses, she said.

Emily said she had hoped people would enjoy the party and have fun while at the same time raising money for Tripp. The party had inflatable bounce houses, a DJ and food galore, complete with a table featuring a guestbook, donation box and photographs of Emily, Tripp and his family.

“I just decided that I needed to do something for someone else,” Emily said. “And I knew how sweet the family was and how much they didn’t have compared to me.”

For more information or to donate, visit Facebook.com/TrippsJourney.