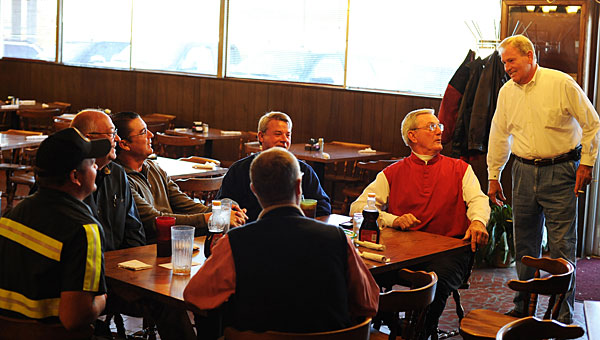 Fran’s Restaurant manager Beverly Smith is expecting a capacity crowd at the restaurant on Sept. 27.

After more than 50 years in the city, Fran’s will close its doors after the last customer is served this Friday, marking the end of one of the city’s oldest establishments.

“It wasn’t an easy decision to close down,” Smith said during a Sept. 24 interview. “But unless something drastic changes, Friday is our last day.”

Fran Driver opened the restaurant on U.S. 31 across from what was then the Moore Handley building in 1962 – predating the city’s incorporation by two years.

Driver passed away in February 2012 at the age of 81, which factored in to the decision to close the establishment said Smith, Driver’s daughter.

“That’s got a lot to do with it,” Smith said of Driver’s passing. “And with Moore Handley closing, it’s hard for us to keep things going all the time.”

Smith said she and her husband, Buddy, put much thought into the decision to close the restaurant’s doors.

“I really hate to close down. Everyone who comes in here is like second family to us,” Smith said. “It’s an emotional time for all of us.”

Fran’s will open at 5 a.m. on Sept. 27, and will offer cake to those who come to start the day at the restaurant one last time.

Sex offenders can be anywhere

This year, Shelby County has seen a slight dip in the total number of sex offenders living in the county... read more