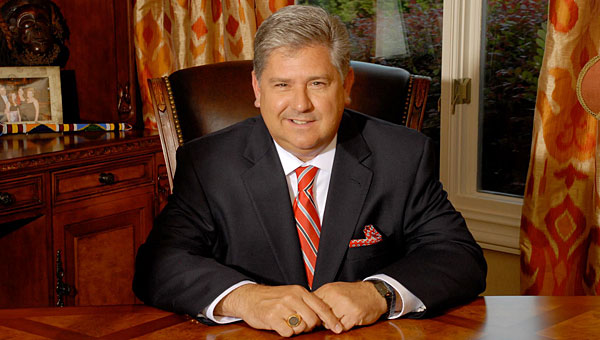 Dr. Douglas Clark, a Hoover resident and Pelham businessman, is running for the Alabama House of Representatives. (Contributed)

A longtime Pelham businessman will be vying for a seat in the Alabama House of Representatives next year, he announced at a recent Pelham City Council meeting.

District 43 currently is occupied by Mary Sue McClurkin, who has announced she will not be running for re-election.

“This district does represent a good part of Pelham, and I’ve been operating a business in Pelham for 35 years now,” Clark said during the council meeting. “I am announcing my candidacy tonight.”

Clark said he is looking to help the state grow as the economy recovers, and said he wants to continue the work started by McClurkin during her 16-year term.

“We have to ensure the economic competitiveness of our state by being fiscally responsible and investing our funds where they will have the greatest impact on quality of life for ourselves and our children.” Clark wrote on his Facebook page. “This district has been represented by a strong conservative for the last 16 years and, while filling Mary Sue’s shoes will be a challenge, Shelby County can be certain that I am a small government conservative who shares Shelby County values.”

Clark is married to Connie Richardson Clark, who owned Merle Norman Cosmetic stores in Jefferson and Shelby County for 25 years before her retirement in 2005. The Clarks have two daughters: Dru, a recent graduate of Cumberland School of Law; and Skylar, a junior at Indian Springs School. The family resides in Southlake.

By STEPHANIE BRUMFIELD / Staff Writer CALERA – A Calera man who was arrested and charged with first-degree rape in... read more