MONTEVALLO – A former Montevallo city attorney and mayoral candidate was arrested Oct. 11 and charged with criminal mischief first degree after allegedly attempting to burn a bridge used by pedestrians and bicyclists.

Steven Ralph Sears, 61, of Montevallo was arrested at his residence on Crestview Drive Oct. 11, according to Montevallo Police Chief Jeremy Littleton. Jail records show he was brought to the Shelby County Jail and released the next day after posting bond, which was set at $5,000. 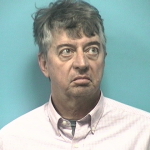 Littleton said someone had attempted to burn the bridge four times over the past several months, and no other arrests are expected at this time.

According to Alabama law, first degree criminal mischief is a Class C felony that occurs when a person damages property in the amount exceeding $2,500 or by means of an explosion. If convicted of the crime, Sears could face between one and 10 years in prison.

By MOLLIE BROWN / Community Columnist Shakespeare wrote, “What’s in a name? That which we call a rose by any... read more