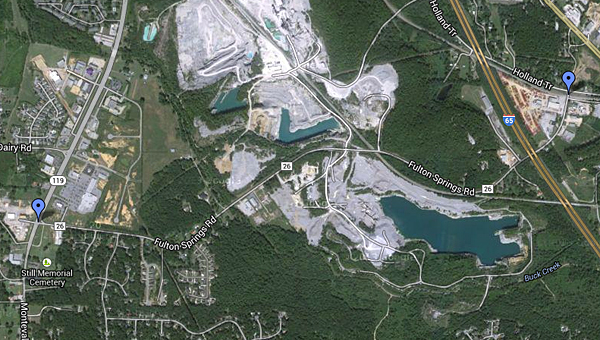 Drivers traveling down Alabaster’s Fulton Springs Road will now be able to reach their destinations a little more quickly, as the Shelby County Highway Department recently increased the speed limit on the road.

The speed limit on most of the road, which connects Alabama 119 with Old U.S. 31 and U.S. 31, has been increased from 25 miles per hour to 45 miles per hour, Alabaster leaders said during an Oct. 17 City Council work session.

“There were inquiries made (to the county) to assess if that was a good thing to do,” Alabaster City Manager George Henry said, noting the county Highway Department controls speed limits on county roads.

Council members said they often received requests to increase the speed limit on the heavily traveled road, and said drivers are already reporting a difference in travel times.

“I must have read 10 posts about it on Facebook this morning,” Alabaster Mayor Marty Handlon said. “People are happy about it.”