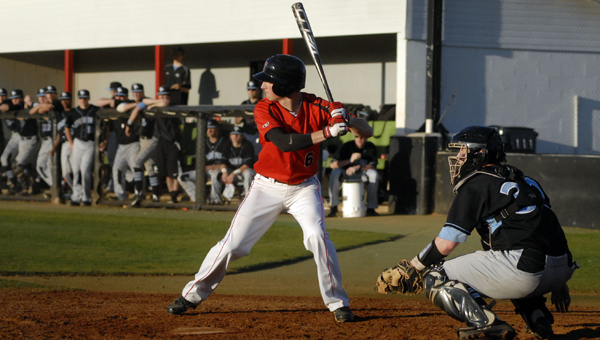 Thompson’s Blake Grill and the rest of his Warrior teammates earned the No. 1 ranking in the April 4 release of the ASWA baseball poll. (File)

The Thompson High School baseball team will have several upgrades to its home field when the team kicks off the upcoming season, as the Alabaster School Board recently approved more than $9,100 in upgrades to the field.

During its Oct. 16 meeting, the Alabaster Board of Education voted unanimously to approve the upgrades, which primarily will update the area surrounding home plate and the dugout areas.

Through the project, Alabaster City Schools will pay the Birmingham-based Russell Batting Cages company $9,127.62 to install spike-proof turf to replace the existing synthetic turf on the field’s walkways, halo surrounding home pate and the dugouts.

The halo area surrounding home plate will be green, and a 1-foot clay area will “directly border” home plate, according to project details.

The new turf on the walkway and dugout areas will be clay-colored to blend in with the rest of the field, according to project specifications.

School board members said the current walkway, halo and dugout areas are heavily worn and in need of replacement.