Registered sex offender charged with sexual abuse of a child

SHELBY – A registered sex offender convicted of sexual abuse in 2005 was arrested Oct. 23 and charged with sexual abuse of a child less than 12 years old. He is currently being held in the Shelby County Jail on a $10,000 bond.

E G Isbell, 63, of Shelby was arrested at his residence Oct. 23 by U.S. Marshals deputies, according to Capt. Ken Burchfield with the Shelby County Sheriff’s Office. 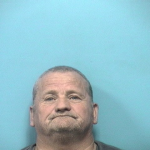 Isbell was arrested for an incident that happened last July in which the victim was not a stranger, Burchfield said.

According to the Sheriff’s Office website, Isbell was convicted of sexual abuse in March 2005 and was released from jail in March 2006.

If convicted of the new charge, a Class B felony, Isbell could face between two and 20 years in prison.

By STEPHANIE BRUMFIELD / Staff Writer MONTEVALLO – What would it be like to play a game without using your... read more