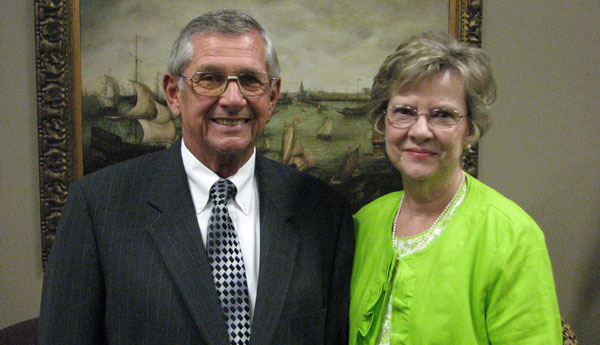 The town of Vincent has been in existence since the 1800s, but is the county’s and the state’s newest city. A city is defined by population and according to the 2010 U.S. Census, Vincent now has a population of just over 2,000.

Mayor Ray McAllister is proud of his new city. He is in his second term as mayor. Before becoming mayor, he owned six tire stores in the Fort Walton, Fla., area. When he retired after 30 years, he and his wife, Evelyn, returned to her roots in Vincent. A key motivator was two daughters and four grandchildren living in the Birmingham area.

McAllister worked in banking for 16 years prior to owning his tire business and he learned early to get involved in the community and to give back.

McAllister describes his new city as one that has been there for a long time. It is a quiet community with a large population of Senior Adults, where people care for each other and their churches are close. “We all work together,” said McAllister. “It’s like a big family.”

The mayor says there is a great deal in store for Vincent. One of his number one proprieties was getting a grant and working with the fire department to get new equipment. “We are now a First Class Volunteer Fire Department,” said McAllister.

They also had a dirt road that had been abandoned by a developer twenty years ago. An employee of the state highway department labeled it the “worst road in Alabama. McAllister worked with ADECCA to get matching funds and the road is now paved.

McAllister is serious about being a frugal person, looking out for each dollar for his city. He is excited about the commitments received from White Rock Quarry, which will open next year in Vincent and bringing 125 new jobs. The mayor said they are looking for additional retail for the area and hope that the quarry will bring even more businesses and jobs.