Calera Intermediate students give back to military and law enforcement 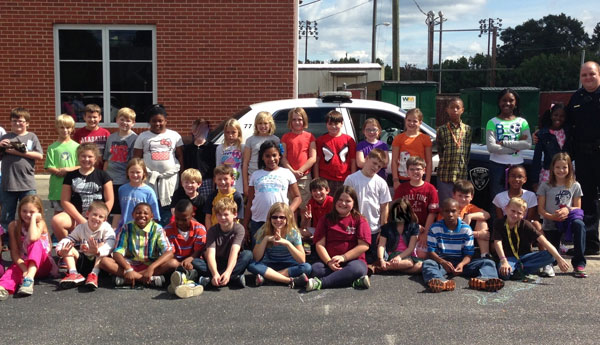 Wondering what to do with all that Halloween candy? Calera Intermediate School will gladly take if off your hands.

“We are working with Operation Gratitude who send care packages to our troops,” Principal Brent Copes said. “Students are bringing their extra Halloween candy and writing letters to our overseas soldiers.”

Candy can be dropped off from Oct. 28-Nov. 28 at the school, which is located on U.S. 31 across from Hardees. Toothbrushes and toothpaste are being collected.

It’s not just service members who need community support. Each classroom is adopting a police department employee. Throughout the year, students will make cards and send care packages to the men and women who serve and protect Calera residents each day.

“Many times children view police in a negative tone,” Copes said. “Chief (Sean) Lemley and I want to build positive relationships between the police department and the kids at a young age. Now they’ll see officers on the street they know and feel comfortable going to them.”

“I asked if he uses a taser gun and how does it work. I drew a heart with a red-colored pencil on the back,” he said.

“I wanted to draw something that wasn’t the scary part of his job, so I drew a police officer directing traffic,” he said.

“He talks to us and encourages us to be good,” she said.

Lemley said this is a great way for students to get to know an officer on a personal level.

“They’ll see what the officer likes such as candy, movies, books and sports and know the officer is just like them- human,” Lemley said. “Police officers sacrifice so much for their community working nights, weekends and holidays year after year. It will give the kids a sense of service giving back to the community and let the officers know that the community cares about them and the work they do.”