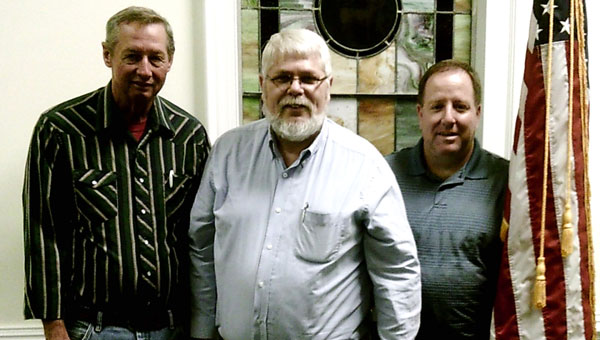 These hollowed places of honor will be the setting for two Veterans Day ceremonies on Sunday, Nov. 10.

The first service will begin at 2 p.m. on the lawn in front of the memorial next to the Shelby County Courthouse. American Legion Shirley-Holloway Post 131 will present a ceremony planned by Adjutant Charles Duncan.

Boy Scout Troup 560 will be the color guard, raise the U. S. flag and lead the attendees in the Pledge of Allegiance. They will be assisted by Girl Scout Shelby Troop #428, Wilsonville Troop #331 and Columbiana Troop #338. For the first time, the POW-MIA flag will be raised in a special ceremony that will be permanently maintained by Post 131.

Guest speaker is Wayne Turner, U. S. Air Force veteran and American Legion member for 31 years. Turner has held many positions at the local, state and national Legion level and was Alabama Veteran of the Year.

The Veterans Day Remembrance Service will begin at 3 p.m. at the flagpole at Fourmile Cemetery, the resting place of some of Shelby County’s earliest settlers and over 60 veterans of Fourmile Baptist Church, which was founded in 1824. Ken Wilder, Tony Muse, Harold Roger, Brother Roger Chambers and Randy McDonald are the planning committee.

The service will begin with the raising of the flag, invocation given by Chambers and special music by a bagpiper. Each veteran will be recognized and crosses will be placed at each veteran’s grave. After the playing of taps, a reception will follow in the fellowship hall.

Sunday’s tributes are, in the words engraved on the Shelby County War Memorial, “dedicated to the memory of the brave men from Shelby County who gave their lives that freedom and justice should not perish from the earth.”