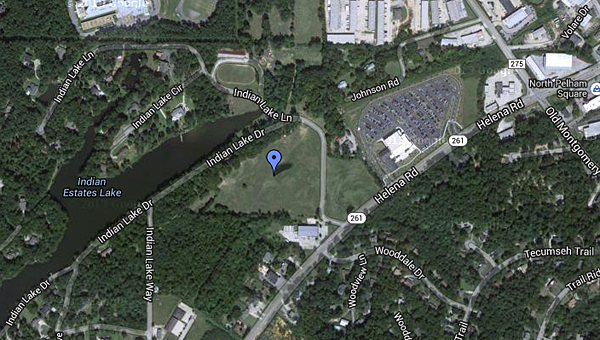 A developer is looking to have a piece of property off Alabama 261 rezoned from agricultural to garden home district. (Contributed)

Pelham residents will have a chance to voice their opinions on a proposed garden home development off Shelby County 261 in mid-December, the city’s Planning Commission recently announced.

The Pelham Planning Commission hearing is scheduled to begin at 7 p.m. on Thursday, Dec. 12 in the City Council chambers at Pelham City Hall, and will be open to the public.

The public hearing originally was scheduled for Thursday, Nov. 14, but was rescheduled to December at the developer’s request, according to Planning Commission secretary Cathy Sweeney.

During the hearing a developer will lay out his plans to construct a garden home community at 3442 Indian Lake Drive, which is off Alabama 261 near Pelham’s northern border.

According to Planning Commission documents, Regions Bank, which is acting as a trustee for the Lois Huckaby Real Estate Trust, is requesting the city rezone the about 14.3-acre property from agricultural district to residential garden home district.

Sweeney recently said she had few details on the proposed development, and said the developer will provide more information during the public hearing.