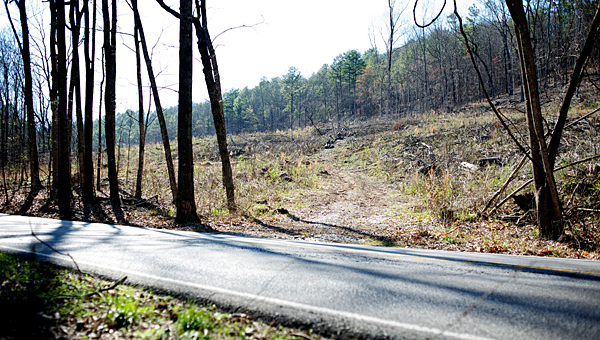 Pelham has no immediate plans to do away with the tree tunnel on State Park Road, Mayor Gary Waters said during a Nov. 19 town hall meeting. This photo was taken in the tree tunnel in 2011 after some of the property was cut for timber. (File)

Pelham and state officials have no immediate plans to do away with Pelham’s tree tunnel on State Park Road, Mayor Gary Waters said during a Nov. 19 town hall meeting at the Pelham Civic Complex.

“You can go home knowing that there are no chainsaws running,” Waters told the crowd of about 75 at the meeting. “When it happens, it will be a state initiative, not a city initiative.”

Waters’ comments came after several Pelham residents at the meeting voiced concerns about the future of the tree tunnel, which is on State Park Road just south of Amphitheater Road.

During an Oct. 22 meeting with the city’s business owners, Waters called State Park Road the “most dangerous” road in the city, and said seven people have died and 82 people have been injured on the road since 1995.

On Nov. 19, Waters said he would support realigning State Park Road to bypass the tree tunnel in the future, but said most of State Park Road is owned by the Alabama Department of Conservation.

“Those trees have been there for a long time,” Robertson said. “That area can be landscaped and can look better without cutting down trees.”

“I understand wanting to retain something that beautiful, but I – me personally – don’t chose aesthetics over the safety of our residents,” Waters, a former Pelham fire chief, said. “I can tell you about pulling a dead woman from her vehicle while her two infants were in the back seat because a tree fell on her car.”

Waters and City Council President Rick Hayes said Pelham does not have control over the road’s future, but said they will work with state and federal agencies on any future projects on the road.

“I want to put your concerns to rest,” Waters said. “There is not a plan by the city of Pelham to cut down trees in the tree tunnel.”

Acceleration lane added to I-65 north ramp at exit 228

By STEPHANIE BRUMFIELD / Staff Writer CALERA – Those driving on Interstate 65 in Calera may have noticed some changes... read more