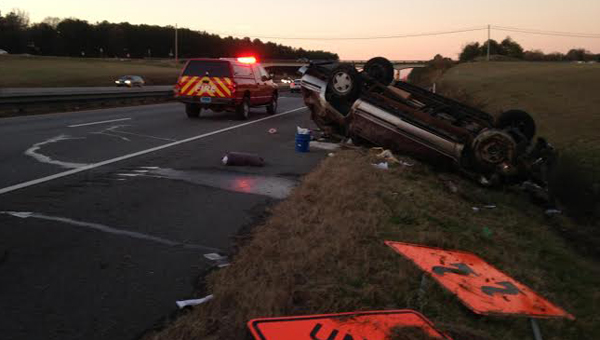 A Chevy suburban rolled over on Interstate 65 north near Exit 228 Nov. 27. (Contributed)

CALERA – Five people were injured after a car rolled over on Interstate 65 north at Exit 228 in Calera Nov. 27, including one person who was airlifted to the hospital, according to Calera Fire Chief Sean Kendrick.

Kendrick said Calera Fire and Rescue personnel responded to the accident involving a Chevy Suburban just after 4 p.m., when they completely closed the northbound interstate to clear the road.

At about 4:45 p.m., Kendrick said one lane had been opened, though it would take about 30 additional minutes to completely clear the road.

The cause of the accident is still under investigation.