A 27-year-old Pelham man has been arrested and charged with several counts of distributing a controlled substance after he allegedly sold marijuana from his home on multiple occasions. 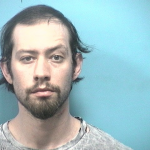 The Shelby County Drug Enforcement Task Force arrested Taylor Alexander Weeks on Dec. 6 and charged him with four felony counts of unlawful distribution of a controlled substance, one felony count of first-degree possession of marijuana and one misdemeanor count of possession of drug paraphernalia. The case currently is being investigated by the Task Force, according to court documents.

According to his arrest warrants, Weeks allegedly distributed marijuana from his residence in the 3000 block of Vance Street in Pelham on four occasions. The warrants list offense dates of Sept. 18, Nov. 14, Nov. 29 and Dec. 4.

Weeks’ first-degree possession of marijuana charge came when police allegedly discovered marijuana “for other than personal use” in Weeks’ possession.

By STEPHANIE BRUMFIELD / Staff Writer CALERA – The Calera Police Department has identified the victim of a homicide that... read more