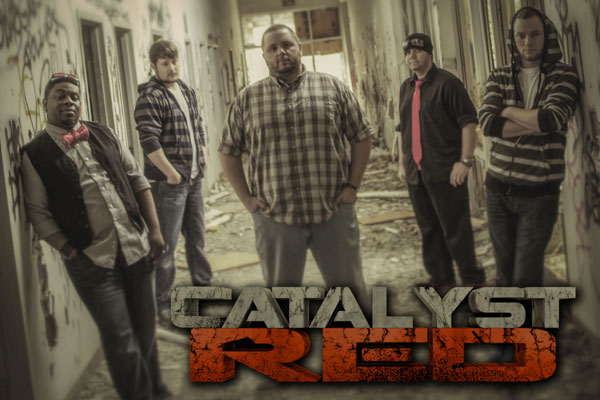 Catalyst Red, a five-member Christian band formed in Chelsea two years ago, has won “Battle of the Bands” at Zydeco, a Birmingham night club, for the opportunity to record a full-length album.

“Birmingham Battle of the Bands is where many of the areas up- and-coming musicians got a chance to display their talents,” said Brian Lynch, Catalyst Red manager and drummer.

“Our first show outside of church was a battle of the bands at Zydeco in 2011,” he added. “Twelve bands competed. We went through multiple rounds of elimination to finish in first place. We were the only Christian band in the competition.”

The band is billed as “guided by the hand of God to play inspiring music.” Their songs, written by band members, are based on Scripture and their Christian faith.

“Catalyst Red is a new breed of music that blends elements of rock, funk, and soul, with an amazing three-part male vocal harmony, to produce a very unique sound that is hard to find in today’s music,” Lynch said.

“World’s First Love Song,” Catalyst Red’s first single from their upcoming album is now available, and their full-length album will be available April 8 on iTunes and Amazon.

Catalyst Red performed at Kampfire for the King in 2012 and headlined in 2013.They play on WDJC and alternate Friday nights at Chelsea Coffee House with a Bible study and other activities. Group members play on Sunday mornings at their home church The Connection/Chelsea Community Church.

One of the band’s greatest opportunities was playing before thousands on our nation’s streets while on mission with the Connection. They played multiple concerts in Washington D.C., Virginia and Maryland, Lynch said.

He said they have amazing support from their families, friends, and church members, but won’t name anyone specific because “the true RedHeads know who they are.”

Catalyst Red is planning a spring/summer tour across the Southeast. They are currently booking appearances, and will play Jan. 25 at Kingwood Church, Alabaster.