Nonprofit seeks to spread the Gospel by caring for orphans 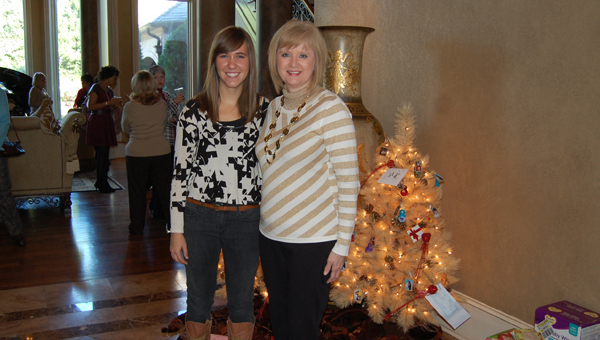 Alexandra Davie and Grace to Ukraine board member Terri Garver stand next to the Grace to Ukraine Angel Tree, which helps provide aid to a special needs orphanage overseas. (Reporter Photo/Stephanie Brumfield)

HOOVER – Very few people would host a party at their home while traveling overseas, but the Davies are no ordinary couple.

Suzette and Gabe Davie agreed to host the Greystone Ladies Club’s annual Christmas brunch months ago, but little did they know they would be caught in Ukraine for the event on Dec. 11. Alexandra Davie, their daughter, greeted visitors at the door and explained that her parents, founders of the nonprofit Grace to Ukraine, have been out of the country for three months trying to finalize overseas adoptions.

Once the adoptions are finalized, Alexandra will have three new siblings, bringing her total number of siblings to nine. The Davies have seven adopted sons from Ukraine, one adopted son from the United States, two biological sons, two adopted daughters from Ukraine, and Alexandra, their only biological daughter.

Alexandra Davie said the mission of Grace to Ukraine is to minister to orphans, and while adoptions happen, adoptions are not the nonprofit’s main focus. Davie said her dad came up with the idea of starting Grace to Ukraine while reading a section of the Bible that talked about caring for orphans.

“It’s an opportunity for the kids to hear the Gospel and to be loved on,” she said. “We raise funds for airfare to get them here, and then we have an outpour of volunteers during the time they’re here.”

Davie said the nonprofit focuses its energy on older children, typically between the ages of 12-15, because older children are often “looked over.”

In addition to hosting Ukrainian orphans in their homes, volunteers also gather supplies, such as diapers, wipes and waterproof mattresses, to support a special needs orphanage in Ukraine.

“I love (that I have so many siblings),” Alexandra Davie said. “It’s crazy, but I can’t imagine it any other way.”

Anyone interested in becoming involved with Grace to Ukraine should contact board member Terri Garver at 266-4080. For more information, visit Gracetoukraine.net. 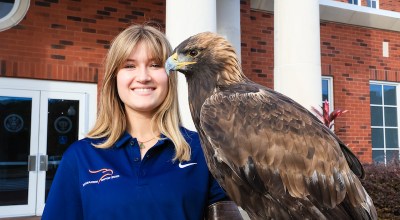 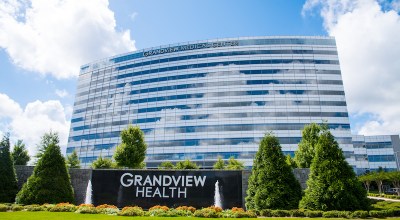 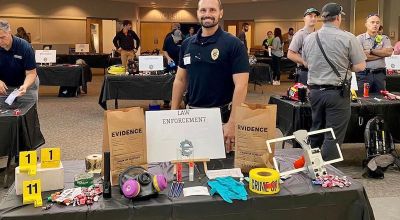