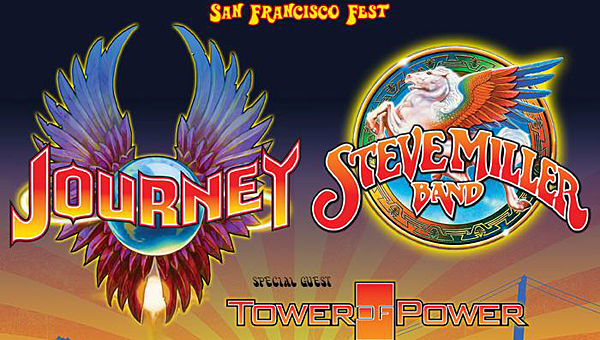 Journey and the Steve Miller Band will perform at the Oak Mountain Amphitheatre in May 2014. (Contributed)

Two well-known American rock bands will take the stage at Pelham’s Oak Mountain Amphitheatre in May 2014, the venue recently announced.

Journey and the Steve Miller Band, with special guests Tower of Power, are scheduled to perform at the Amphitheatre beginning at 6:45 p.m. on Tuesday, May 27, sandwiched between a show in Dallas on May 25 and a May 29 show in Raleigh, N.C.

Tickets for the concert are on sale now at Livenation.com/venues/14486/oak-mountain-amphitheatre, and range from $33 to $187, depending on the seating section.

Journey has sold more than 80 million albums worldwide and has earned 19 Top 40 singles and 25 gold, platinum and multi-platinum albums since its formation in 1973 in San Francisco. In 2013, Journey toured four continents and performed to more than half a million fans.

The Steve Miller Band has sold more than 30 million records in a career spanning more than 40 years. The band has released two albums in the past few years including the No. 1 blues album, “Bingo,” and its successor, “Let Your Hair Down,” which was the first new Steve Miller Band album in 18 years.