HOOVER — Two teenagers are in custody in connection with a robbery at CVS pharmacy at 105 Inverness Plaza Dec. 23. 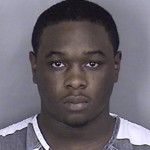 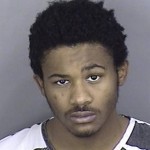 Marcus Tyrone Burks, Jr., 16 and Terry Tyrell Rush, 16, both of Indianapolis, are each charged with first-degree robbery. They will be transferred to the Shelby County Jail and held on $30,000 bond each, said Hoover Police Chief Nick Derzis.

Burks and Rush allegedly robbed the Inverness CVS at about 12:44 a.m. Dec. 23. During the course of the robbery, one of the suspects showed a handgun to store employees. The suspects fled the scene in an unknown vehicle.

Later on Dec. 23, the manager of the Midfield CVS observed two males who fit the description of robbery suspects inside that store. Midfield police responded and detained the suspects. Hoover police detectives also responded to the Midfield CVS.

Further investigation of the suspects and events resulted in sufficient evidence to obtain warrants through the Shelby County District Attorney’s Office Dec. 24. Additional agencies are being contacted due to similarities with other robberies.

Though juveniles, Burks and Rush will be charged as adults.

By NEAL WAGNER / City Editor A 33-year-old Alabaster woman has been released from the Shelby County Jail on a... read more