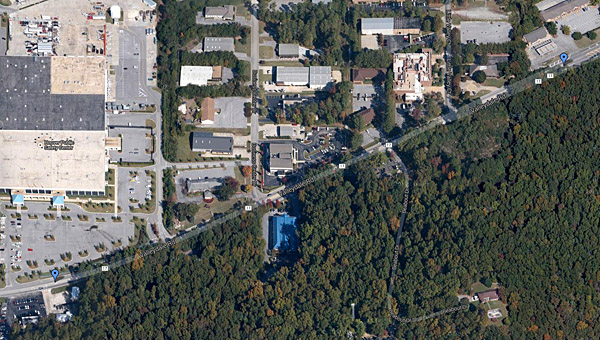 Pelham may partner with Hoover and the Alabama Department of Transportation to possibly widen a portion of Valleydale Road. (Contributed)

Pelham leaders may partner with Hoover and the Alabama Department of Transportation to possibly add more lanes to Valleydale Road between U.S. 31 and Riverchase Parkway, Pelham City Council members said during a Jan. 6 work session.

During the work session, the Pelham City Council reviewed a proposed agreement with ALDOT supporting the agency’s plans to widen Valleydale Road to five lanes – four travel lanes and one center turn lane – between U.S. 31 and Riverchase Parkway.

Pelham currently maintains a traffic signal at the intersection of Valleydale Road and Business Center Drive, and will discuss future maintenance of the light with Hoover as the project moves forward.

Pelham City Council President Rick Hayes said dates on the projects are “still not clearly laid out,” and said the Valleydale Road and Shelby County 261 projects are all “interrelated.”

“Those are tentative dates, but hopefully they will hold to that schedule,” Hayes said during a Jan. 6 interview. “I absolutely commend Hoover for taking the lead on this. It will benefit Hoover, Pelham and Helena.”

The council took no action on the proposed resolution on Jan. 6, and Hayes said the council is planning to vote on the matter during an upcoming meeting. The council’s next meeting is scheduled for Jan. 21 at 7 p.m.